The Growth of Solar Power in South Africa 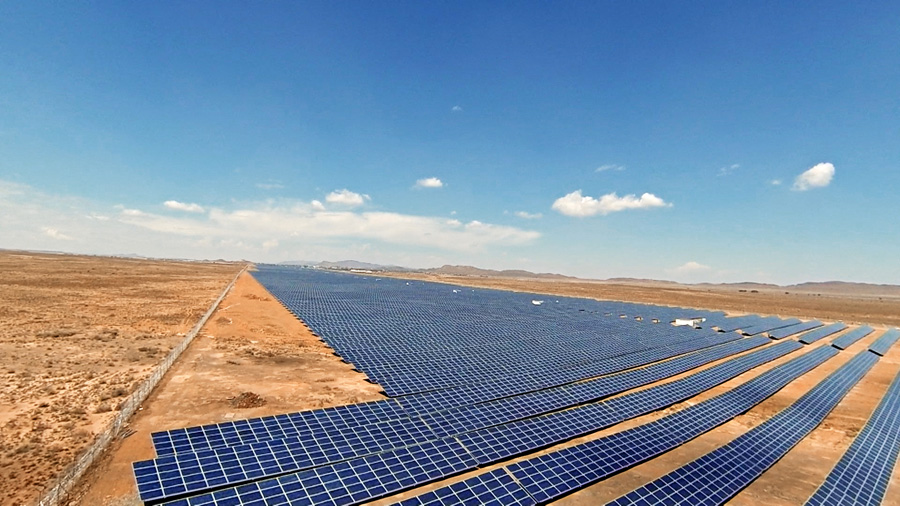 South Africa is set to add 150MW of power to the national grid through a massive new hybrid solar power plant located in the Northern Cape. The solar power plant is being installed and managed by a Norwegian renewable energy company, Scatec. The company is aiming to install 1 million photovoltaic (PV) panels across a 1100 hectare area, making it one of the most ambitious solar power projects to be undertaken in the world.

Because there will be over 1 million PV panels installed at the site, there will be an over-production of solar power. All the excess energy will be stored in the battery units to be released as needed. The aim of the project is for the solar plant to support the grid during peak consumption periods and when the grid is under strain (e.g. when there has been a breakdown at a plant).

While liquefied natural gas has been put forward as a potential viable alternative to coal, Scatec have highlighted that this will not be a wise solution going forward with the introduction of Carbon Tax and the move towards more sustainable energy sources. LNG is unlikely to get long-term support and backing from investors.

On the other hand, renewable energy such as solar power is a feasible and sensible option for a country like South Africa, which enjoys a warmer climate for much of the year. Large-scale solar power projects such as the one being undertaken by Scatec, are a risk-free solution to South Africa’s electricity woes and can aid in providing cheaper, clean energy across the country.

We use cookies on our website to give you the most relevant experience by remembering your preferences and repeat visits. By clicking “Accept All”, you consent to the use of ALL the cookies. However, you may visit "Cookie Settings" to provide a controlled consent.
Cookie SettingsAccept All
Manage consent

This website uses cookies to improve your experience while you navigate through the website. Out of these, the cookies that are categorized as necessary are stored on your browser as they are essential for the working of basic functionalities of the website. We also use third-party cookies that help us analyze and understand how you use this website. These cookies will be stored in your browser only with your consent. You also have the option to opt-out of these cookies. But opting out of some of these cookies may affect your browsing experience.
Necessary Always Enabled
Necessary cookies are absolutely essential for the website to function properly. These cookies ensure basic functionalities and security features of the website, anonymously.
Functional
Functional cookies help to perform certain functionalities like sharing the content of the website on social media platforms, collect feedbacks, and other third-party features.
Performance
Performance cookies are used to understand and analyze the key performance indexes of the website which helps in delivering a better user experience for the visitors.
Analytics
Analytical cookies are used to understand how visitors interact with the website. These cookies help provide information on metrics the number of visitors, bounce rate, traffic source, etc.
Advertisement
Advertisement cookies are used to provide visitors with relevant ads and marketing campaigns. These cookies track visitors across websites and collect information to provide customized ads.
Others
Other uncategorized cookies are those that are being analyzed and have not been classified into a category as yet.
SAVE & ACCEPT